What is a GMO? They are everywhere! 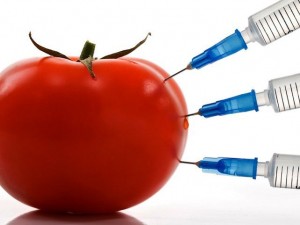 The source of our food is critical too.  An apple is not just an apple if it is a GMO apple. We have heard the term GMO but do we really know what that means?  Much of our food source is being modified by containing  genetically modified organisms. What is a GMO? GMOs also known as GEs (genetically engineered) are altered at the molecular level through laboratory processes that take genes from one species and insert them into another to obtain desired traits.  You may think that doesn’t sound bad but when we are told that the safety of GMOs for human consumption has not been assured, a red flag should be raised.  GMO crops require much more pesticides than non-gmo crops. Pesticides and fungicides are actually injected into the seeds prior to germination.  How do we not ingest this when eating these foods? Several studies have affirmed that GMO crops have the potential to introduce new toxins or allergens into our food and environment. Could this be the cause of the rise in allergies we are experiencing especially in our children?  There are no mandatory human clinical trials for GMO crops, no requirement for long-term testing on animals, and limited testing requirements on allergenicity.
As much as 60-70% of processed foods available in U.S. grocery stores likely contain some GMOs. If you eat something with high fructose corn syrup, there’s a 90% likelihood that you are consuming GMOs.  Most developed countries, including the 15 nations of the European Union, Japan, Brazil, Australia, New Zealand, South Korea, Russia, and China, have mandatory labeling of genetically modified foods, unlike the United States which has no laws that require labeling of GMO foods.  Shouldn’t we know and be able to chose whether or not we want to consume these? In a perfect world we would buy only organic foods to feed ourselves and our families but since it is not a perfect world we need to find ways to obtain foods that help us reach our goals of having optimum health.